« Back to News, Views and Use Blog 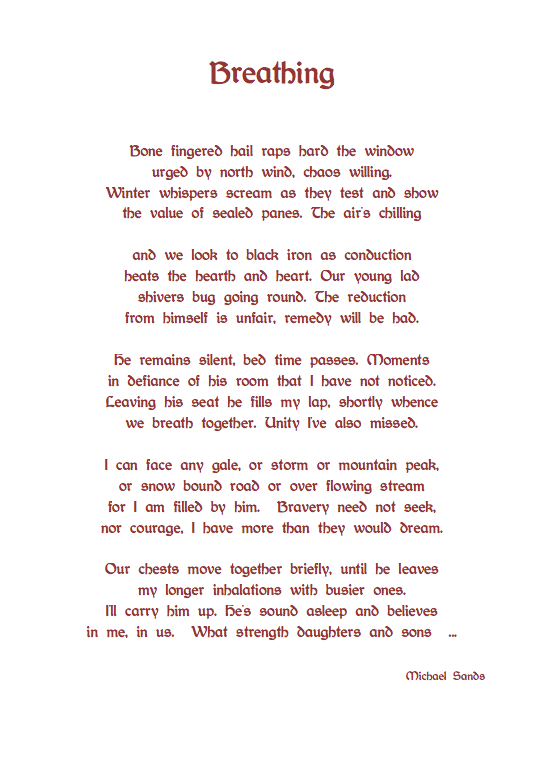 A Poem from "Away with Words", by Michael Sands

Illustration from Capt. Cuellar's story of surviving the Spanish Armada. After being shipwrecked as part of the Spanish Armada ans washed up on the shres of Sligo, he hid out with the MacClancys & O'Rourkes before making his way to teh Causeway Coast. 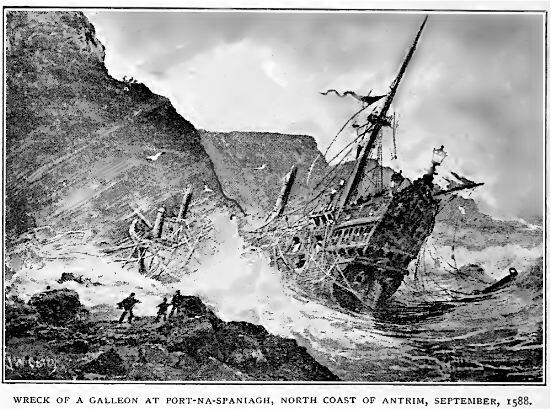 Our new edition of Richard Hayward's "Ulster and teh City of Belfast" includes all of Raymond Piper's original illustrations. They're are truely evoctive and sensitive. 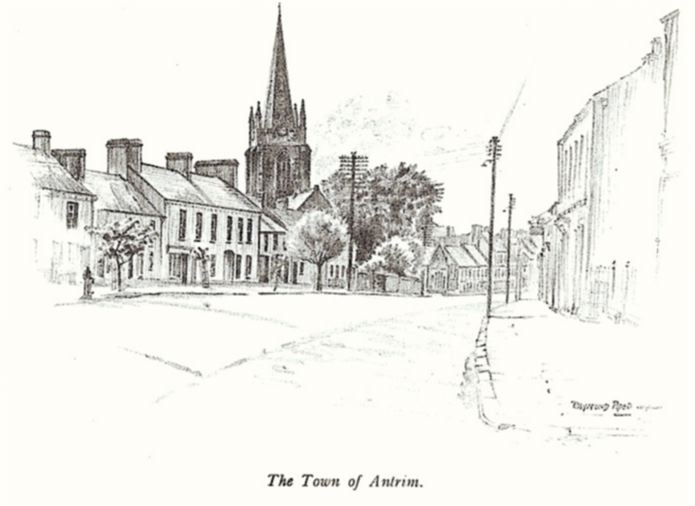 An interesting review of "Ulster and the City of Belfast" in the Anglo Celt.

The Cavan paper, the Anglo Celt has two pieces on Richard Hayward, covering a full page. The emphasis is, unsurprisingly of Hayward’s writings on Cavan.

However, of that paper Hayward wrote:

“The only bad thing I know about that paper is the execrable local pronunciation of the work ‘Celt’ with a soft C. It does violence to my ear every time a Cavan man uses such an un-Irish sound”. 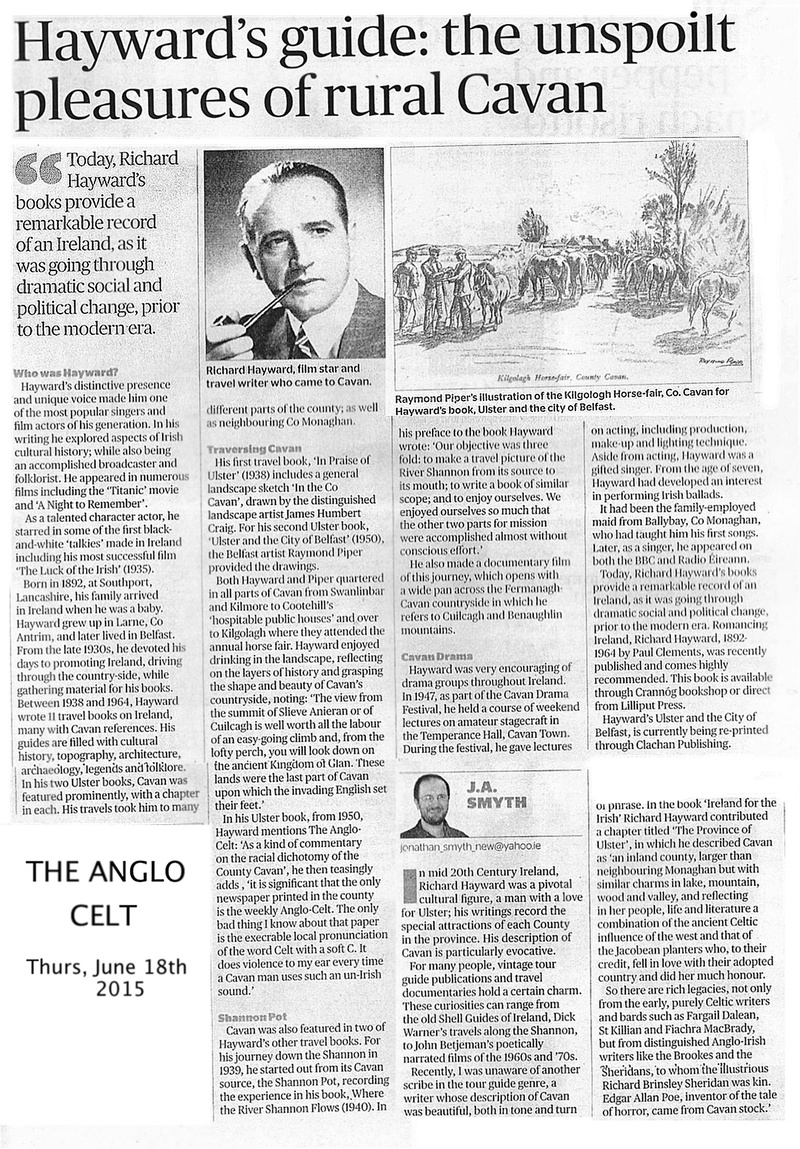 To hell or Connaught (or Barbados)

After the Act of Settlement of Ireland, the penalty of resisting transplantation to Connaught was changed from death to transplantation to “the Barbadoes”. After the summer assizes of 1658 there were a great number of convicts in the gaols of the several counties, some under sentence of death passed before 1656, when the penalty was changed to transportation; others condemned at the late assizes to be transported. On 26th October, 1658, His Excellency and the Council wrote to Sir Charles Coote, Knight and Baronet, President of Connaught, and Colonel Thomas Sadleir, Governor of Galway, and directed them to have a ship properly victualled to carry from 80 to 100 of these criminals, to be ready to sail with the first fair wind direct for the Indian Bridges in Barbadoes. They were to deal with the merchant, the owner of the ship, for the cost of removing them under guards from the several prisons to Galway, and for clothing them when needed. The merchant was to have the disposal of them at Barbadoes, and was to set them down in two days after arriving, except ten intended for a particular person in Barbadoes

Why the evil of slavery became too shocking

Daniel Connery, a gentleman of Clare, was sentenced, in Morison’s presence, to banishment, in 1657, by Colonel Henry Ingoldsby, for harbouring a priest. “This gentleman had a wife and twelve children. His wife fell sick, and died in poverty. Three of his daughters, beautiful girls, were transported to the West Indies, to an island called the Barbadoes; and there, if still alive (he says) they are miserable slaves.” (quoted from Morisons “Threnodia Hiberno-Catholica”, Innsbruck, 1659, p. 287. But at last the evil became too shocking and notorious, particularly when these dealers in Irish flesh began to seize the daughters and children of the English themselves, and to force them on board their slave ships; then, indeed, the orders, at the end of four years, were revoked. 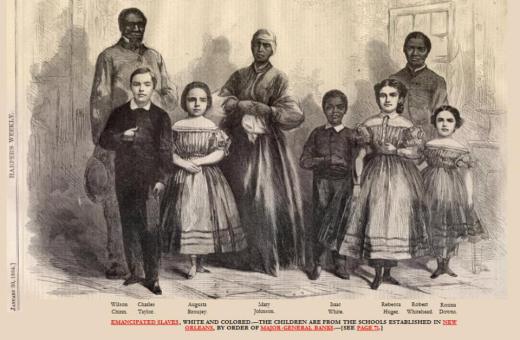 The benefits to the Irish themselves in becoming slaves

".....They (the government set up after the Act for the Settlement of Ireland 1652) had agents actively employed through Ireland, seizing women, orphans, and the destitute, to be transported to Barbadoes and the English Plantations in America. It was a measure beneficial they said to Ireland, which was thus relieved of a population that might trouble the Planters; it was a benefit to the people removed, who might thus be made English and Christians; and a great benefit to the West India sugar planters, who desired the men and boys for their bondmen, and the women and Irish girls in a country where they had only Maroon women and Negresses to solace them.

Hallorans as Slaves in Antigua

From 'The Hallorans of Birstall and Aghamore', (2012) by Sean O'Halloran and Mary Hudson, Clachan Publishing.

..."Many of the rest (of the Irish defeated by Cromwellian forces) were slaughtered or sent as forced indentured labourers to slave in plantations in the West Indies, specifically Antigua and Montserrat. The sept system and the old Gaelic order, along with the ancient Gaelic names were destroyed and it became a disadvantage to have a Gaelic sounding name.

At about the same period, there was a widow Mary Halloran, who owned a number of slaves. This appears to indicate that some descendants of the original captives forced out by Cromwell managed to work through their indentured forced labour and gained freedom. Others, however, sank into slavery and intermarried with the African slaves who were imported later."

* Record of Slave owners and their slaves in Antigua ( Ancestry.com)

Evocative image of Dublin in 1930

This beautiful image by Paul Henry is reproduced in our facsimile of "A Book of Dublin, 1930" 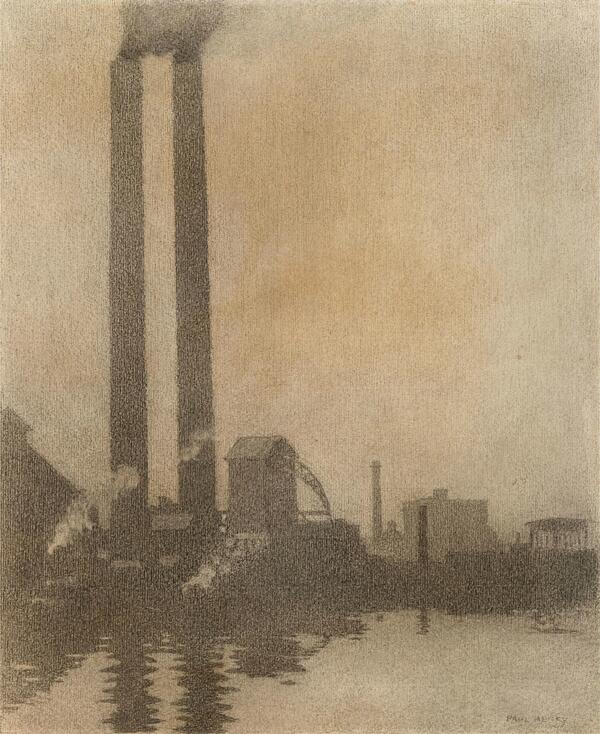